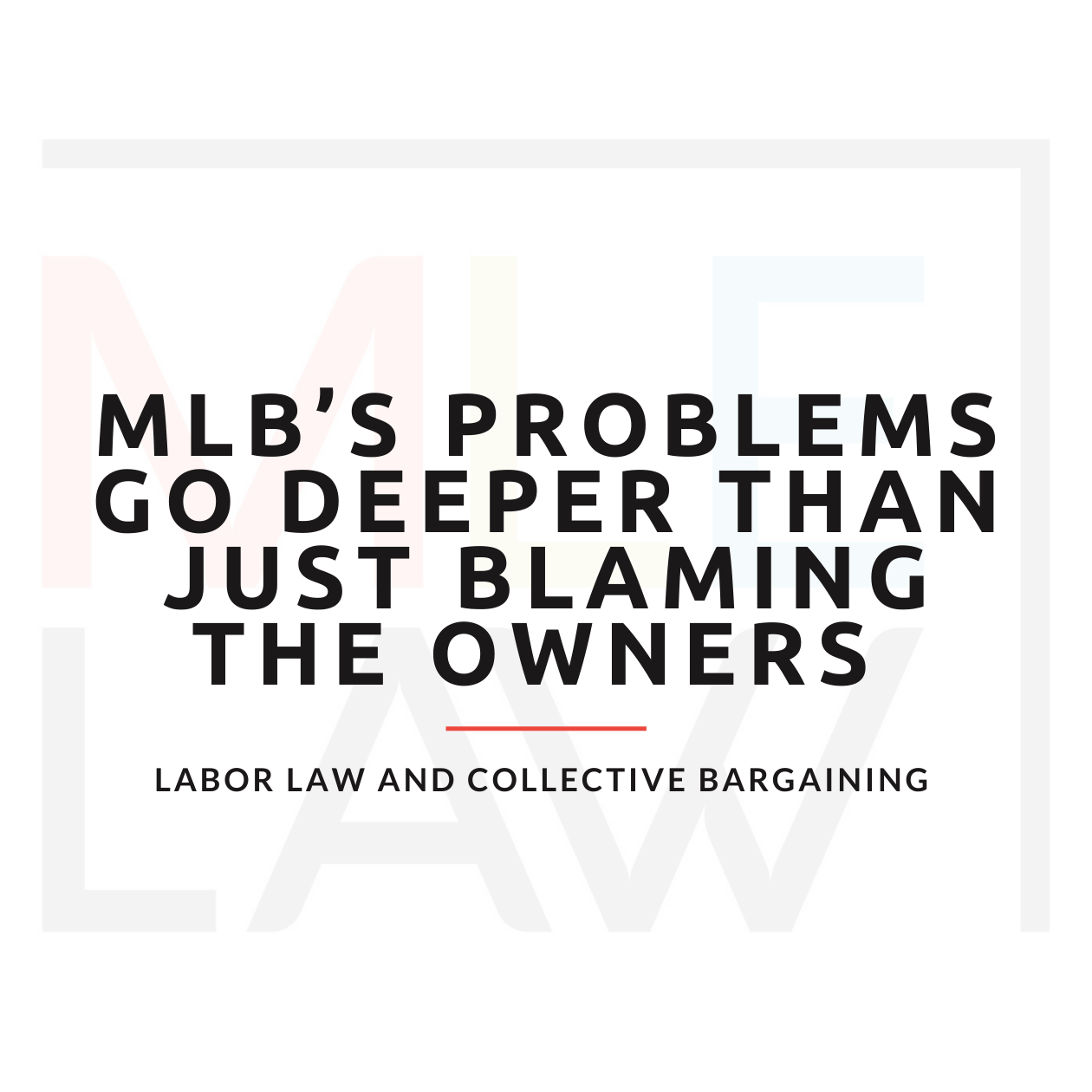 Major League Baseball⚾️⚾️ is losing regular season games due to a labor dispute for the first time since 1994-95. The trend seems to be to blame the owners for locking out the players. While that’s a nice story, it largely ignores how labor law and collective bargaining generally work, regardless of industry. Here are a few reasons why the players are part of the problem too.

I’ve read a number of posts and articles slamming the owners, taking the position that the owners could have allowed work under the old CBA and just continued negotiating. That position ignores a number of basic facts.

First, all parties signed the CBA and like all CBAs, it has an expiration date. Just like the players can strike (which they have done many times before) the owners can lock out the players. It’s a risk all sides agree to when they sign the CBA … it comes to an end and that end may be messy.

Second, leverage is leverage, and the owners know that the lockout provides leverage. The owners calculated that allowing play under the expired CBA hurts them from a leverage standpoint. This is a negotiation, not a fundraiser. While a work stoppage and a lockout may be bad for a host of other reasons (the health of the game, the game’s popularity, etc …) it’s hardly a fair critique that the owners should have allowed the season to continue because “they could have.”

On a separate but very related note, baseball is dying. It likely will never completely go away, but it’s certainly not “America’s Pastime” anymore. Think I’m wrong? Chew on this: NFL preseason games generally outdraw the World Series in television ratings. There was a time when that was unthinkable.

I raise that issue because by no means do I think that a labor stoppage is good for baseball — it’s obviously not. However, this current stoppage is hardly all on the owners. The players bear significant responsibility for the work stoppage (I’m not absolving the owners) and for the transgression of the game as a whole.

As with most labor disputes, it’s never just one side or one thing.

In the meantime, who’s ready for the NFL Combine? 😉