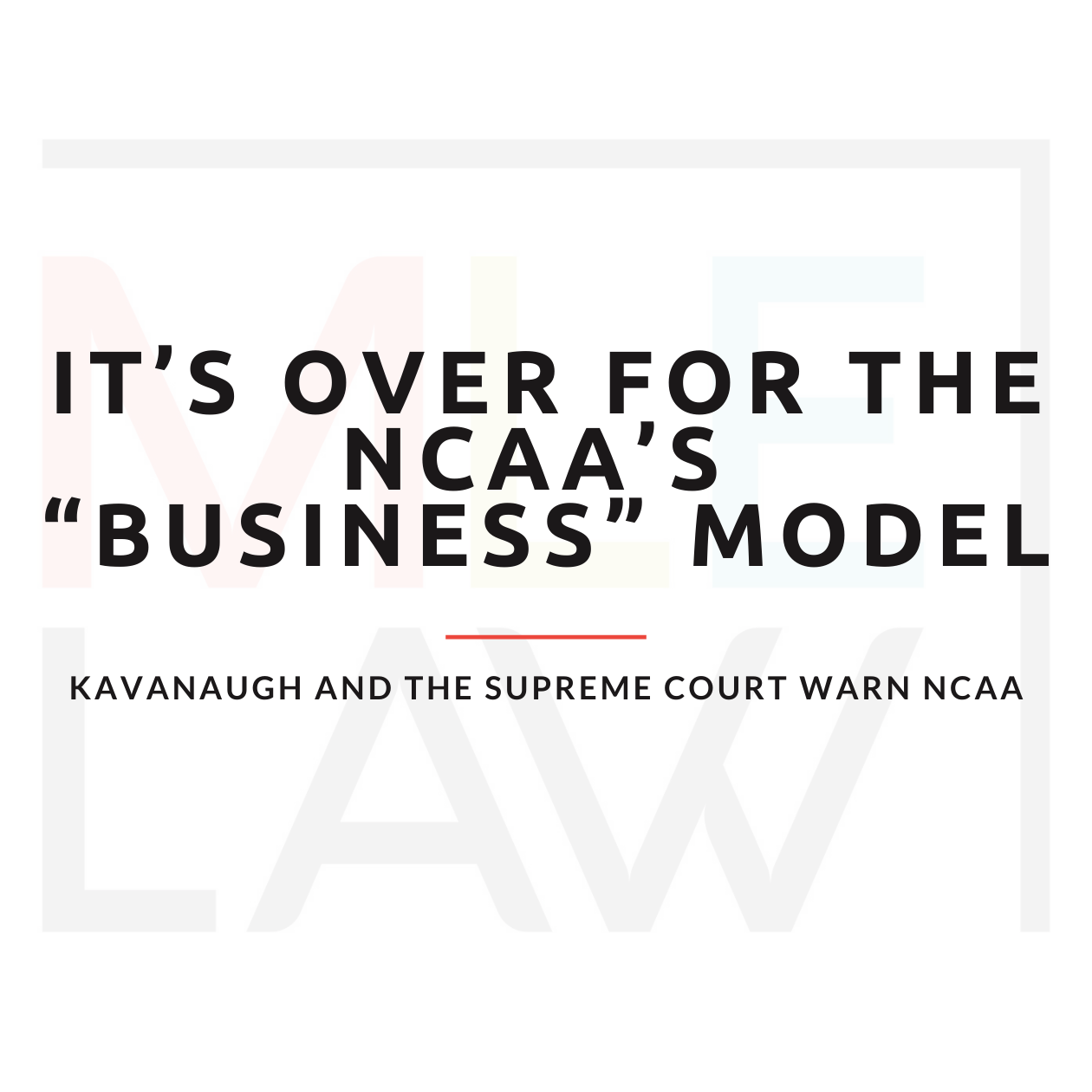 The NCAA is not above the law… so says United States Supreme Court Justice Brett M. Kavanaugh, as well as the other 8 justices. In a unanimous 9-0 decision, the Supreme Court ruled that the NCAA cannot bar relatively modest payments to student-athletes. A copy of the court’s entire opinion, as well as Kavanaugh’s scathing concurring opinion can be found here.

The court’s decision questions the NCAA’s monopoly. Although the current decision concerns only payments and other benefits related to education, its logic suggests that the court is open to a challenge to the NCAA’s ban on paying athletes for their participation in sports.

In his concurring opinion, Justice Kavanaugh seemed to lay out the roadmap for an all-out challenge to the NCAA’s overall way of doing business. Kavanaugh wrote:

Ordinarily, lawyers and lower courts only concern themselves with the majority opinion of a decision. Here, however, because this was a unanimous decision, and because the nature of Kavanaugh’s concurring opinion, all the attention is on Kavanaugh. Kavanaugh did not depart from the other eight justices, far from it. Instead, he went the extra step of basically telling the NCAA that, while he can’t upend their entire model through the recent case (the entire model wasn’t at issue) he’s more than happy to do it down the road. Given the unanimity of this recent decision, you have to think the other eight Justices will follow.

As Mike Florio recently stated, “[t]he NCAA is caught between a rock and a potentially devastating antitrust lawsuit.”

In my twenty years as a litigator, I have seen many a litigant stubbornly dig-in its heels in the face of certain doom. That never ends well. The same holds for the NCAA. The NCAA’s “business” model has raked in billions of dollars on the backs of student athletes, all while denying those same athletes even a minor fraction of the revenue. The NCAA, like so many other litigants, remains indignant and insistent that the recent Supreme Court decision is not the end of their corrupt model. In some ways, I suppose the NCAA is correct, it’s not just the end it’s the death-knell.