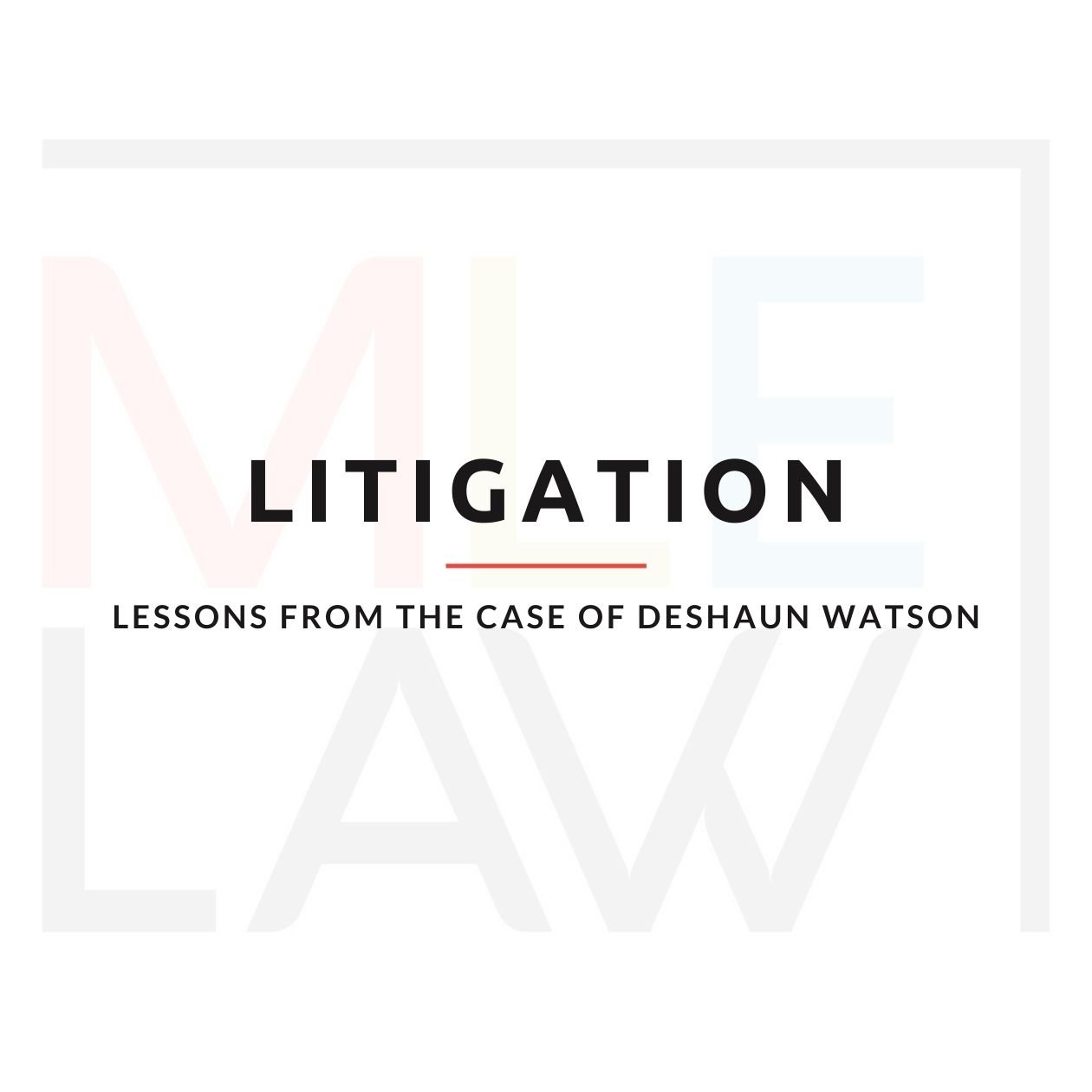 Lessons from the Case of Deshaun Watson

Deshaun Watson’s latest litigation mishap is a doozy and a great lesson in seeing the big picture when it comes to complex litigation.

Here’s the latest, on April 5th, 2022, the Judge presiding over the 22 lawsuits ordered Watson to answer written questions asking whether he had sex with the 18 massage therapists who came out in support of him.

These written questions are a litigation tool known as “requests for admissions.” More on that in a minute.

The Plaintiffs’ lawyer argued that whether he had sex with any of the 18 massage therapist supporters might show a pattern as to why Watson was setting up the massages in the first place.

The Plaintiffs’ lawyer won, and Watson now has to answer the requests for admissions.

Requests for admissions can be a nice little tool for a litigator. They’re these very short questions that usually have to be answered with a simple “Admit” or “Denied.”

I haven’t seen the requests in Watson’s case, but I imagine they looked something like: “Admit or deny that you had sex with [insert name of massage therapist.” As you can see, there’s not a lot of wiggle room. I suppose Watson could go full Bill Clinton and object as to vagueness of the term “sex,” but that’s not a good idea.

So, on the surface, these questions don’t seem like a huge problem. I mean really, who cares whether he had sex with women who aren’t even suing him?!?!

Well, remember my post earlier about his deposition testimony? Remember when Watson got cute regarding the questions about whether he found certain massage therapists attractive and he did the whole: “I have a girlfriend so I don’t so much as even look at another woman” thing?

If he did have sex with these other massage therapists (and I presume he did or he wouldn’t have tried to avoid the questions) then that’s not going square up with his “I have a girlfriend so I don’t comment on whether other women are attractive” deposition answers …. and that’s bad, like really bad for Watson’s credibility.

Litigation is a big picture game. Just like a golf swing, everything you do impacts every other thing you do. Watson likely had the requests for admission questions before his deposition. Thus, he knew he might have to answer these questions. Getting cute in the deposition and playing the “nothing to see here I have a girlfriend” card crumbles if it turns out he was also having sex with these other massage therapists.

Always watch out for the big picture in litigation, especially when it comes to those pesky requests for admissions.

The Deshaun Watson Cases Update! – Do the Houston Texans Have Exposure?