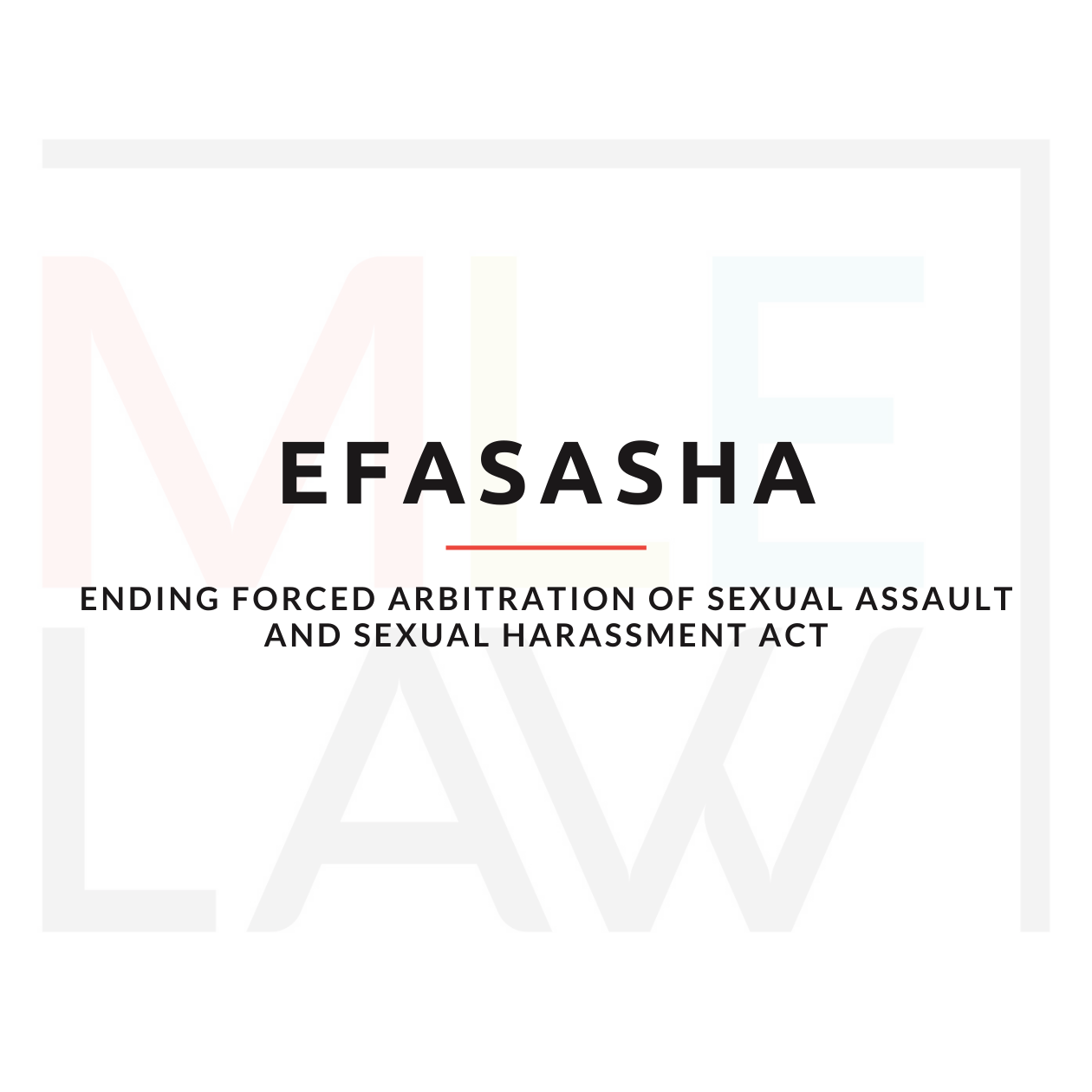 A New Era For Arbitration Agreements

Recently, President Biden signed the Ending Forced Arbitration of Sexual Assault and Sexual Harassment Act (EFASASHA) into law. The new law bars the enforcement of most mandatory arbitration provisions in cases alleging sexual assault or sexual harassment. It applies to all pre-dispute arbitration clauses, including those in contracts executed before the law’s enactment. It also invalidates pre-dispute agreements that waive an employee’s right to participate in a joint, class or collective action in court, arbitration or any other forum that relates to a sexual assault or sexual harassment dispute. If there is a dispute about whether a particular claim qualifies as a “sexual assault dispute” or “sexual harassment dispute,” then a court, not an arbitrator, is to answer that question, even if a contractual term exists to the contrary.

The Scope of the EFASASHA is Limited.

The law only applies to claims of sexual assault and sexual harassment and—at least on its face—does not apply to other claims of discrimination or claims of retaliation. The law also applies only to claims brought under federal or state laws proscribing harassment and does not appear to cover claims under local laws. The legislation applies to “pre-dispute” arbitration provisions (i.e., contractual provisions entered into before the occurrence of the alleged harassment) and does not apply to agreements to arbitrate reached after a dispute arises. Finally, the law does not prohibit pre-dispute mandatory arbitration provisions outright, and instead provides what amounts to an “election of remedies,” through which alleged victims can either arbitrate their claims or instead proceed to court. The employee’s decision whether to arbitrate or proceed to court will ultimately control.

Employers do not need to panic. Existing mandatory arbitration agreements remain enforceable. Employers are wise, however, to have labor and employment counsel review current agreements to make sure they’re compliant in all other manners.