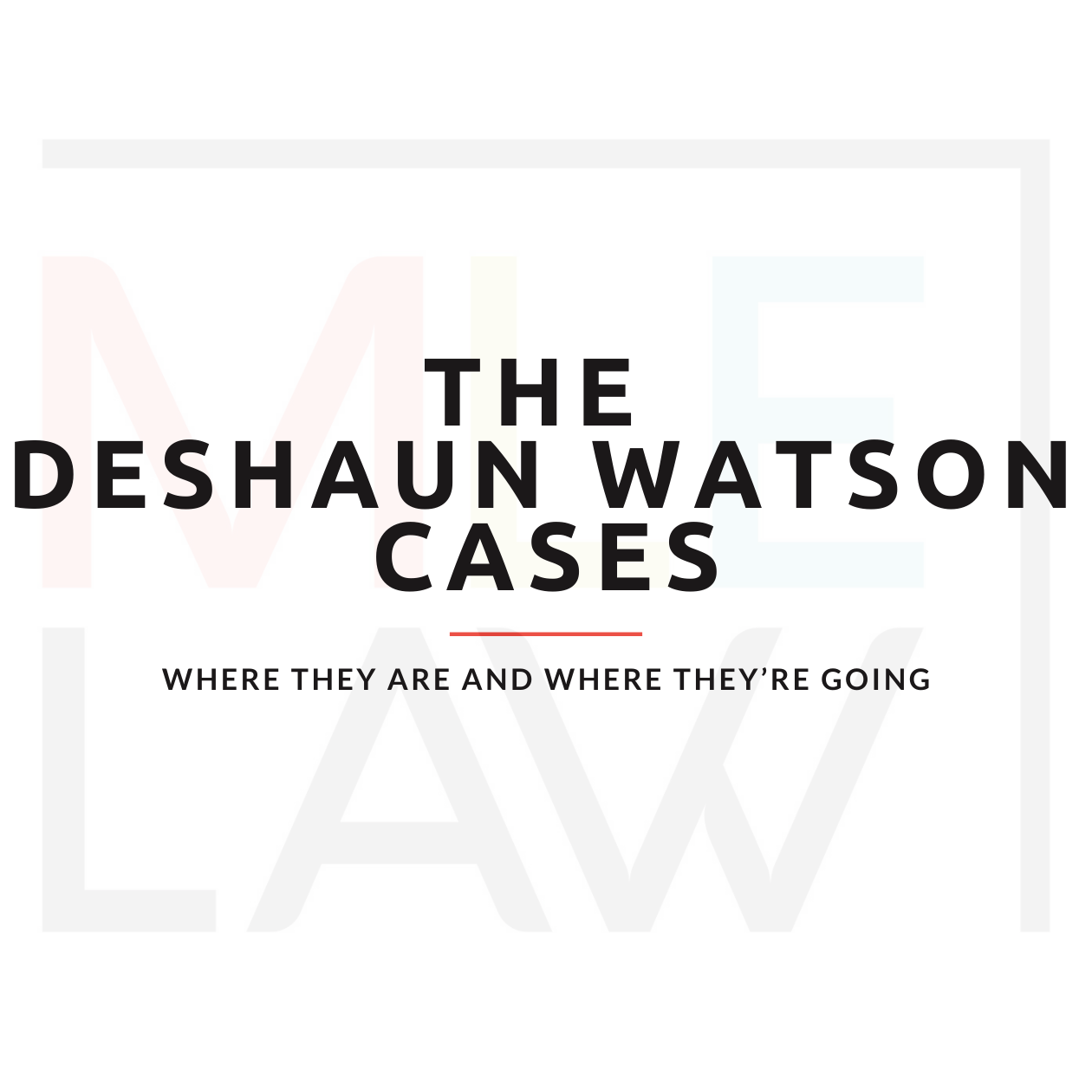 Deshaun Watson now faces fourteen (14) civil lawsuits, all from women making various, but similar allegations of sexual battery. The women have filed the lawsuits as “Jane Does,” a fact Watson’s camp has thus far tried to use against the women. I’m a little surprised by this PR move from Watson. Each lawsuit has specific allegations as to times, dates and locations of the alleged behavior from Watson. Thus, Watson should know who is suing him and for what.

Deshaun Watson Is Not Charged With a Crime… Yet

Watson is currently facing civil lawsuits, i.e. if the women prevail they will likely be awarded money damages. That said, the volume of the alleged victims (14) coupled with the commonality and specificity of the allegations (the allegations seem to establish a pattern: Watson reached out to the women on Instagram for massage services, the alleged assaults all occurred during the massage sessions) leads to the very real possibility that Watson will soon be under criminal investigation, if he is not already. It’s important to note that if Watson is under criminal investigation, it’s not a guarantee that he will be charged with a crime, but it’s the first step in that process.

1) Although the civil cases are in their legal infancy, I see early issues. The volume of the accusers coupled with the very specific facts pled in each lawsuit presents a bad early look for Watson. Like it or not, one of the main defenses for a public figure the likes of Watson in a civil case is that the plaintiff is out for money, and the allegations are trumped up, or at least severely exaggerated. The PR play in that scenario is to paint the accuser as scorned for some other reason, and the accuser is using the legal process and salacious, false allegations as a means of revenge. That can work when it’s one accuser, perhaps even two accusers. When it’s fourteen accusers it becomes a massive stretch to argue that all fourteen women are collectively conspiring against Watson.

2) Watson has issues with the NFL. It is very possible that Watson faces discipline from the NFL under the league’s personal conduct policy. The NFL has wide latitude in disciplining players (this wide latitude was affirmed by the Second Circuit Court of Appeals in Deflategate) under the personal conduct policy, and it can discipline Watson even if he escapes criminal prosecution and/or a civil judgment.

3) Watson is staring at what I believe is an inevitable criminal probe. Defending the civil cases is its own challenge, addressing a criminal investigation adds another layer of complexity.

What’s Next for Deshaun Watson and My Advice

What’s next largely depends on Watson. At this point, the best thing Watson can do is try and settle every civil case. As part of each settlement, Watson needs to get confidentiality and agreements from each woman not to cooperate with any investigation, whether from the NFL or Houston police. Watson will likely have to pay a hefty premium for both the confidentiality and the agreement not to cooperate. Regardless, ending these cases now will save him money in the long run, Watson’s brand has already taken a severe hit. Prolonged litigation plus the stain of a criminal investigation will do far more significant long-term damage.

If Deshaun Watson fights, he’s facing a very long and very public battle that almost certainly ends with at least some discipline from the NFL. Civil lawsuits do not move quickly, and the lawyer for the women will try these cases to the press. Watson could ask the judge for a gag order (I expect the cases to be consolidated before one judge), but there’s no guarantee he will get one. Moreover, Watson will be subjected to the discovery process, which will consist of being subjected to a deposition, extensive document production and a requirement to answer written questions under oath. It won’t be simple, and it won’t end quick.

If Watson fights, maybe he wins the war, but the battles leading to victory will do him far greater harm.