The Deshaun Watson Cases Update! – Do the Houston Texans Have Exposure? 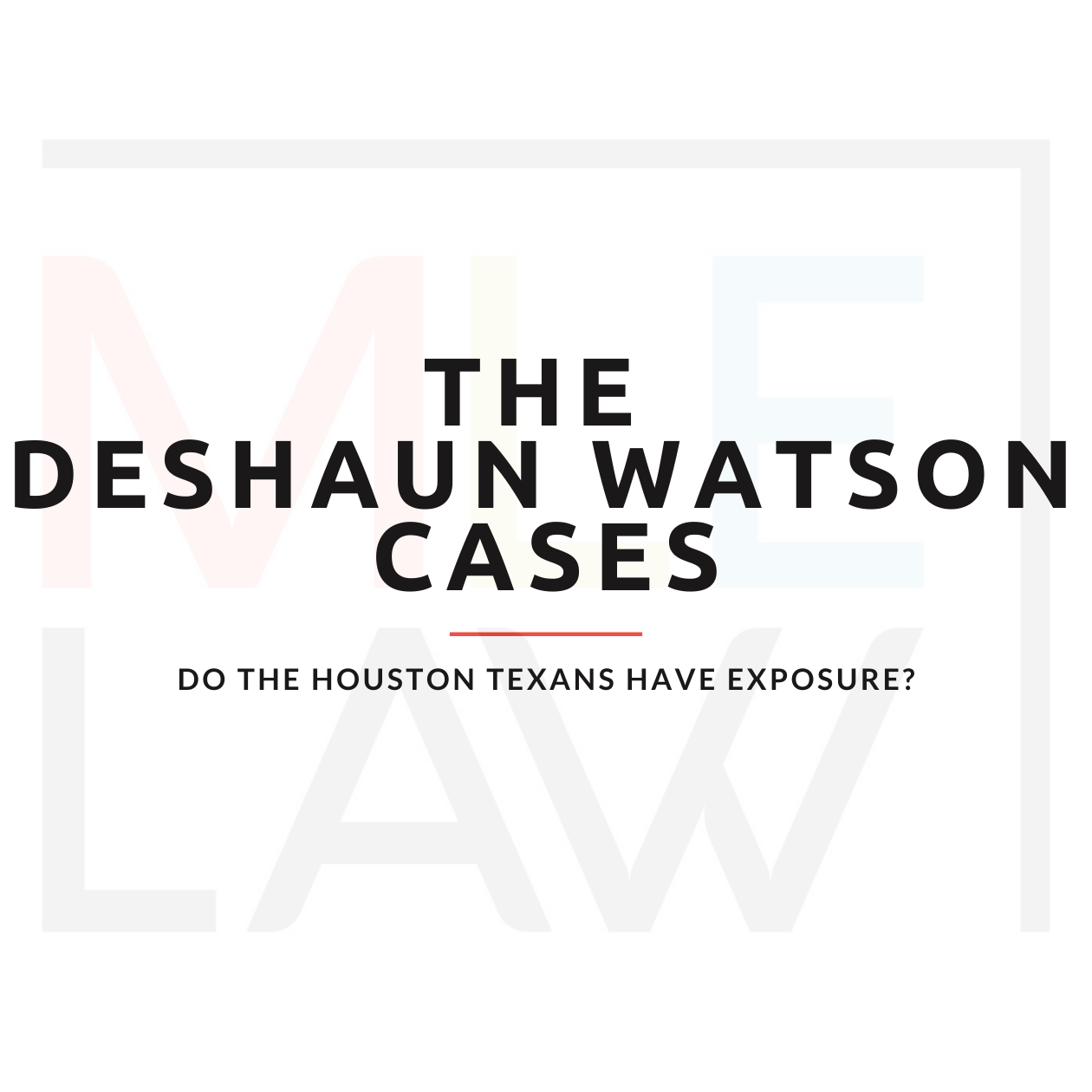 Deshaun Watson now faces over 20 civil lawsuits from women all alleging various forms of sexual battery/assault. As recently as yesterday, at least one of the Plaintiffs has identified herself (the lawsuits are filed in the names of Jane Does) and has spoken out publicly. In a recent press conference, Tony Buzbee, the attorney for the Plaintiffs, raised the question of what responsibility the Houston Texans may have.

Liability Against the Houston Texans Will Be Difficult

Employers can sometimes be held liable for the conduct of their employees under something called “vicarious liability.” Basically, it’s the idea that if an employee does something while acting in the course and scope of their employment, the employer is also responsible for that conduct.

In the case of Deshaun Watson, it’s going to be hard to get vicarious liability against the Texans. The Texans will argue that Watson’s conduct (whether tortious or criminal) places him outside the course and scope of his employment for vicarious liability purposes.

The Texans will argue that while getting regular massages, by itself, is something that fits within Watson’s course and scope of employment (playing football), his alleged conduct during the massages (which may be tortious or worse, criminal) was not part of his employment. In other words, once Watson crossed the line during the massages, he was doing something that’s not part of his employment with the Texans.

It’s a good argument. As a general rule Employers are usually not liable for the criminal or intentionally tortious acts of their employees (subject to certain exceptions).

In order to get at the Texans the Plaintiffs will likely need to establish that the Texans knew about Watson’s conduct, and did nothing. This is something in the law called “Negligent Retention.” The idea is that while an employer is not responsible for the tortious or criminal acts of its employees, if it knew about the acts and did nothing, it may be negligent for continuing to employ the employee.

If this case goes forward and the Texans are a party, there will be “discovery,” which means the Texans will have to produce emails, texts and any other correspondence regarding Watson and his alleged conduct. If it turns out they knew, they could have a problem.