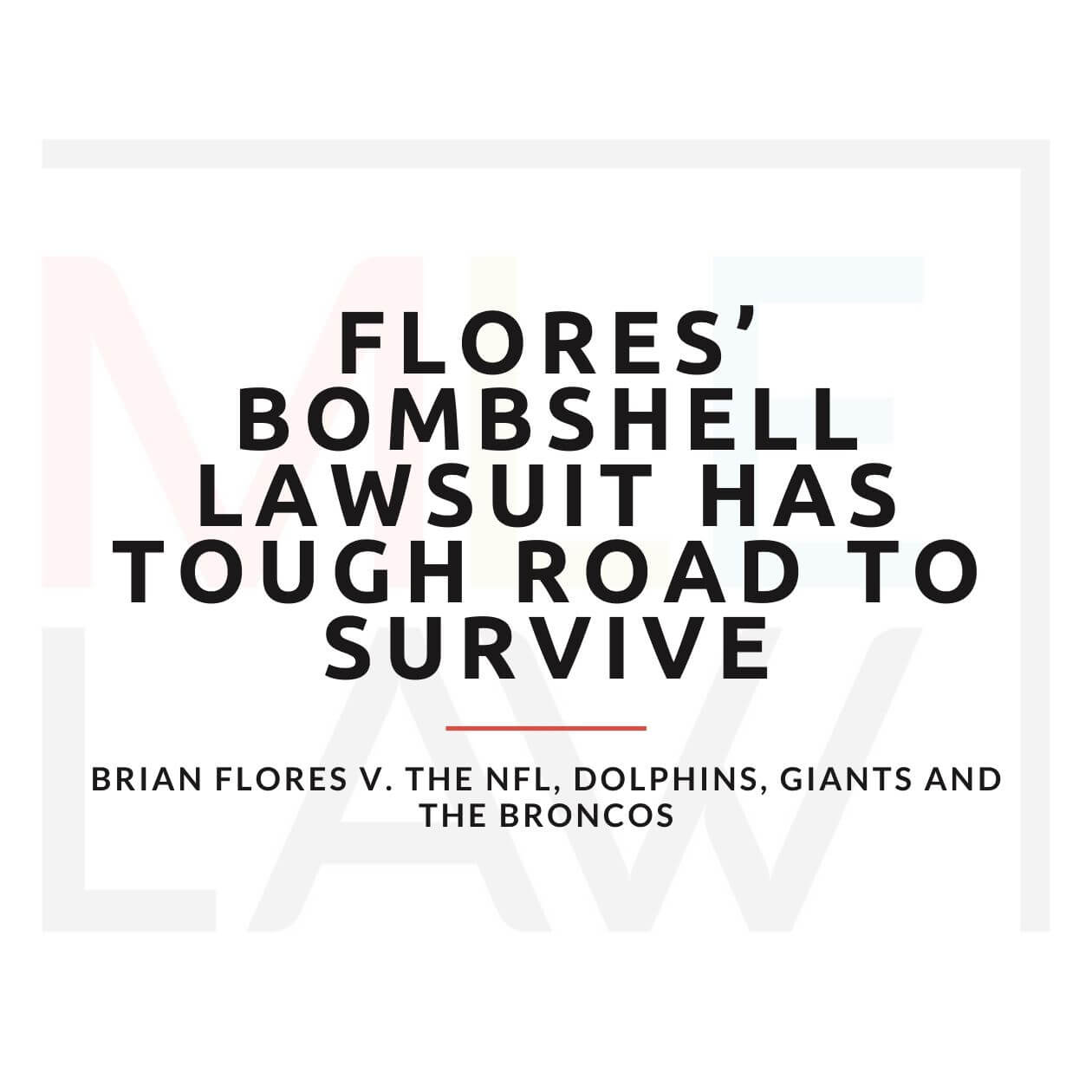 Now that the dust has settled from Brian Flores’ lawsuit against the NFL, Dolphins, Giants and Broncos, let’s take a look at the actual claims and how this might play out.

🏈 The Overall Lawsuit Has To Survive A Motion to Dismiss

Most NFL coaches have a mandatory arbitration provision in their contracts that requires disputes be sent to arbitration with Roger Goodell as the arbitrator. I have not seen Flores’ contract, so I don’t know the scope of that arbitration provision. If it covers statutory employment law claims and class claims, Flores might have a problem. If it covers just contract claims, he may be in a better position to keep the case in Federal Court.

🏈🏈 The Claims Against The Dolphins

Flores seems to have a tough road here. While the allegations of tampering and tanking against Dolphins owner Stephen Ross are “sexy,” they hardly establish that Flores was the victim of race discrimination. Further, the Dolphins’ General Manager is Black and my understanding is that Dolphins have one of the most diverse front offices in the NFL. I am still scratching my head on this one. Now, if the tampering and tanking allegations are true, Ross might have a problem with the league, but that is completely separate from Flores’ claims of discrimination based on race.

🏈🏈🏈 The Claims Against The Giants And Broncos

Flores seems to have a tough road here too. In order for Flores to prevail here, he has to show that he was intentionally discriminated against based on his race (that he didn’t get either job b/c he’s Black). Flores can do this either by what we call “direct evidence” (the smoking gun email that might say “don’t hire the Black guy”) or by circumstantial evidence.

This is not a direct evidence case, if it was, we’d already know. So, Flores will need to prove through circumstantial evidence that these teams didn’t hire him b/c he’s Black. The teams merely need to “articulate” a legitimate non-discriminatory reason that they hired a non-black coach over Flores. Then, it is up to Flores to prove that the teams’ stated reasons are false (us employment lawyers call that “pretext”).

In other words, the teams don’t have to prove up their reasons, Flores has to show that the reasons given by the teams are a cover up for race discrimination. Good luck with that. I think these claims are tenuous at best.

Assuming Flores can survive all of the above and actually get his class claims heard (and I think that’s going to be hard) this is where there may be something. The NFL has horrible minority hiring statistics for coaching and high-level front office positions going back decades. That will be a problem if the class action claims survive. However, I think there are a lot of technical problems with a class of this nature the least of which being that Flores may not even have standing to bring these claims if his underlying claims don’t survive.

I expect a motion to dismiss from the NFL. Stay tuned! #law #sportslaw